This year’s 2017 Midwest Nationals were off to a suspenseful start as Danica Anderson, also known as Lil’ Avalanche, blew past the competition. Daughter of former 2-time No. 1 Amateur Rider Ritchie Anderson, Danica easily stole the attention from the other riders. Never once did she lose a single lap. She was also the only one to perform a triple on Friday night. For the 10 and Under Group, Danica shows incredible potential for a serious BMX career.

Following Danica’s opening excitement, another impressive rider caught some attention too. Layne Gainer faced Prince O.D. (Olijuwon Davis) in the Pro Open field. Prince O.D. is a well-built and formidable opponent who has studied every detail of the track. To have Layne show up and steal not one but multiple wins from him was nothing short of incredible.

Tina Gillis was the next to steal the spotlight. The 46-year-old rider had heads turning as she lead the way in front of the 46-50 Women Cruiser group. She began racing in the 80’s before taking a short break only to return to it again later in life. Since then she has not stopped tearing up tracks.

Repeat winner, Henry Chudzik, captured 13 different wins during the three day weekend. Rockford is one of Henry’s most notable racing areas. He knows the track well but is also known to race in other races too (The Hill, East Moline, and Steel Wheels are but a few of the others in which he’s involved).

46 and Over Expert rider, Renato Silva, stole the attention of spectators as he surprised competitor Billy Griggs with a last minute win. One week prior the two rivals were seen tearing up the track at Chesapeake BMX. Apparently the two felt they needed to compete again in Rockford’s Midwest Nationals Event. Silva is a former AA-pro from Brazil.

Overall there were many talented BMX riders at the Nationals, making it a suspenseful and enjoyable experience over the three day period. There was never a dull moment and fans will be certain to come back for next year’s competition when the champions return to capture another win. 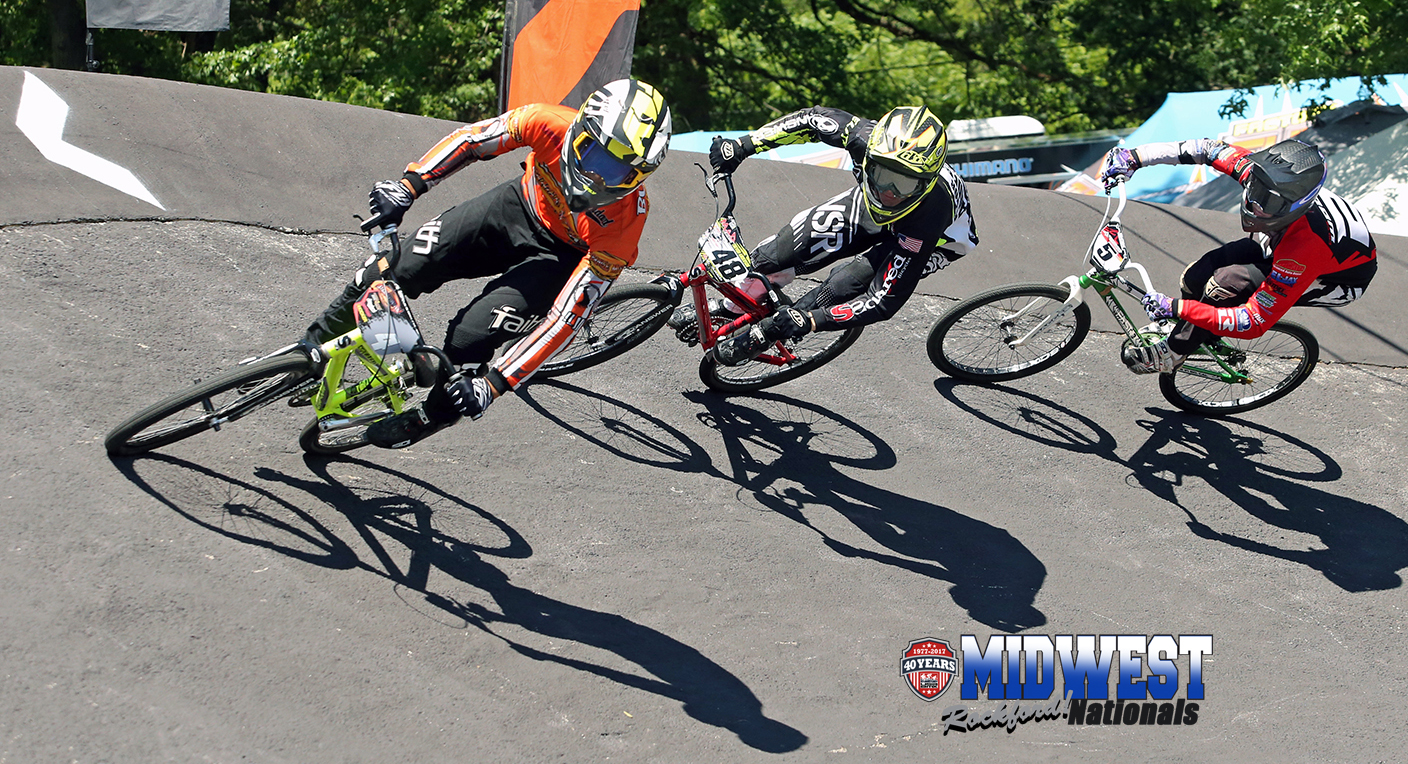